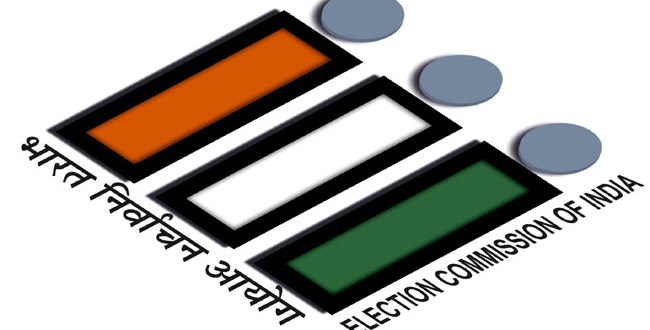 Rajya Sabha - The Council of States

The members of the Rajya Sabha are elected indirectly, rather than by the citizens at large. Rajya Sabha members are elected by each state Vidhan Sabha using the single transferable vote system. Unlike most federal systems, the number of members returned by each state is roughly in proportion to their population. At present there are 233 members of the Rajya Sabha elected by the Vidhan Sabhas, and there are also twelve members nominated by the President as representatives of literature, science, art and social services. Rajya Sabha members can serve for six years, and elections are staggered, with one third of the assembly being elected every 2 years.

The president can nominate 2 members of the Lok Sabha if it is felt that the representation of the Anglo-Indian community is inadequate, and 12 members of the Rajya Sabha, to represent literature, science, art and the social services.

ALLOCATION OF SEATS IN INDIA

Eligibility Critaria for Membership of Parliament:

Below are the qualifications for a person to be chosen as a member of the parliament:

(i) He should be a Citizen of India

(iii) A member for a seat in Rajya Sabha should not be less than thirty years of age.

(iv) A member for a seat in Lok Sabha should not be less than twenty five years of age.

(v) He should possess such other qualifications as Parliament may prescribe by law.

Disqualification of a member:

Article 102 of the Constitution lays down the disqualifications for being chosen as, and for being, a member of either House of Parliament:

(i) If he holds any office of profit under Government of India or any state.

(ii) If he is not a citizen of India or if has voluntarily acquired the citizenship of a foreign state or acknowledges his allegiance or adherence to a foreign state.

(iii) If he is disqualified by or under any law made by Parliament.

The parliament has prescribed a number of additional disqualifications in the Representation of People Act, 1951, In addition to these, the Tenth Schedule to constitution provides for disqualification of the members on ground of defection.

Governments have found it increasingly difficult to stay in power for the full term of a Lok Sabha in recent times, and so elections have often been held before the five-year limit has been reached. A constitutional amendment passed in 1975, as part of the government declared emergency, postponed the election due to be held in 1976. This amendment was later rescinded, and regular elections resumed in 1977.

India is a federal country, and the Constitution gives the states and union territories significant control over their own governments. The Vidhan Sabhas (legislative assemblies) are directly elected bodies set up to carrying out the administration of the government in the 28 States of India. In some states there is a bicameral organisation of legislatures, with both an upper and Lower House. Two of the seven Union Territories viz., the National Capital Territory of Delhi and Pondicherry, have also legislative assemblies.

Elections to the Vidhan Sabhas are carried out in the same manner as for the Lok Sabha election, with the states and union territories divided into single-member constituencies, and the first-past-the-post electoral system used. The assemblies range in size, according to population. The largest Vidhan Sabha is for Uttar Pradesh, with 403 members; the smallest Pondicherry, with 30 members.

The President is elected by the elected members of the Vidhan Sabhas, Lok Sabha, and Rajya Sabha, and serves for a period of 5 years (although they can stand for re-election). A formula is used to allocate votes so there is a balance between the population of each state and the number of votes assembly members from a state can cast, and to give an equal balance between State Assembly members and National Parliament members. If no candidate receives a majority of votes there is a system by which losing candidates are eliminated from the contest and votes for them transferred to other candidates, until one gain a majority. The Vice President is elected by a direct vote of all members elected and nominated, of the Lok Sabha and Rajya Sabha.

The democratic system in India is based on the principle of universal adult suffrage; that any citizen over the age of 18 can vote in an election (before 1989 the age limit was 21). The right to vote is irrespective of caste, creed, religion or gender. Those who are deemed unsound of mind, and people convicted of certain criminal offences are not allowed to vote.

Elections Process for the Legislative Council

Therefore, an urgent political reform is the need of the hour, which would include referendum on electoral reform, increase in cooperation across party lines and creating a more transparent and accountable political system in India.

In this case as well, people directly elect their representatives for a smaller geographical area. There are different types of local bodies. Corporations, Municipalities, Panchayats, etc.

Eg: In Tamil Nadu Chennai, Coimbatore, Trichy, etc are corporations and they elect a Mayor and also Ward Councillors. A ward is typically a very small geographical area. Unlike State and Central elections, people directly elect the Mayor. In most cases the party which has majority Councillors will also hold the mayor post because of popular support. People generally vote based on parties , not on any individuals.

In India, the Panchayati Raj now functions as a system of governance in which gram panchayats are the basic units of local administration. The system has three levels: gram panchayat (village level), mandal parishad or block samiti or panchayat samiti (block level) and zila parishad (district level). It was formalised in 1992 by the 73rd amendment to the Indian Constitution.

In the history of Panchayati Raj, in India, on 24 April 1993, the Constitutional (73rd Amendment) Act 1992 came into force to provide constitutional status to the Panchayati Raj institutions. This act was extended to Panchayats in the tribal areas of eight states, namely Andhra Pradesh, Gujarat, Himachal Pradesh, Maharashtra, Madhya Pradesh, Odisha and Rajasthan starting 24 December 1996. Currently, the Panchayati Raj system exists in all the states except Nagaland, Meghalaya and Mizoram, and in all Union Territories except Delhi. The Balwant Rai Mehta Committee was a committee appointed by the Government of India in January 1957 to examine the working of the Community Development Programme (1952). The Act aims to provide a 3-tier system of Panchayati Raj for all States having a population of over 2 million, to hold Panchayat elections regularly every 5 years, to provide seats reservations for scheduled castes, scheduled tribes and women; to appoint a State Finance Commission to make recommendations regarding the financial powers of the Panchayats and to constitute a District Planning Committee, to prepare a development plan draft for the district. The 3-tier system of Panchayati Raj consists of:

Powers and responsibilities are delegated to panchayats at the appropriate level:

A panchayat  Samiti (block panchayat) is a local government body at the tehsil level. This body works for the villages of the tehsil that together are called a "development block". The panchayat Samiti is the link between the gram panchayat and the district administration. Just as the "tehsil" goes by other names in various part of India, notably "mandal" and "taluka", there is a number of variations in nomenclature for the block panchayat. For example, it is known as "Mandal Praja Parishad" in Andhra Pradesh, "taluka panchayat" in Gujarat, "Taluk panchayat" in Karnataka, and "panchayat Samiti" in Maharashtra. In general, the block panchayat has the same form as the gram panchayat but at a higher level.

The governing of the advance system at the district level in Panchayat Raj is also popularly known as "Zila Parishad". The Chief of administration is an officer of the IAS cadre.

A gram panchayat is a village level administrative body, with a Sarpanch as its elected head. The members of the Gram Panchayat are elected for a period of five years by the members of Gram Sabha.

Reservation for women in PRIs in India

On August 27, 2009, The Union Cabinet of the Government of India approved 50% reservation for women in PRIs (Panchayati Raj Institutions). The Indian states Madhya Pradesh, Bihar, Uttarakhand, Himachal Pradesh, Andhra Pradesh, Chhattisgarh, Jharkhand, Kerala, Karnataka, Maharashtra, Orissa, Rajasthan and Tripura have implemented 50% reservation for women in PRIs. The majority of candidates in these Panchayaths are women. Currently 100% of elected members in Kodassery Panchayat in Kerala are Women.